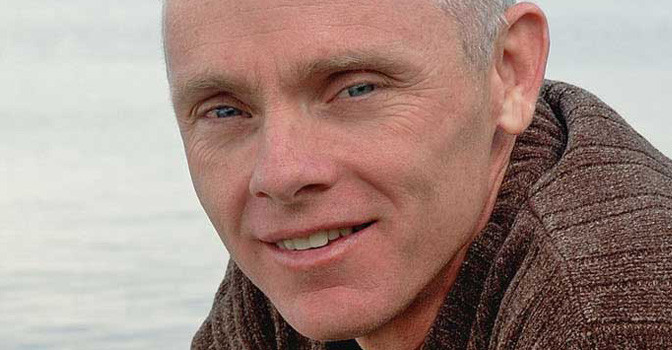 “Enlightenment is, in the end, nothing more than the natural state of being.” — Adyashanti

Adyashanti is Sanskrit for “primordial peace”. Fitting for a man with such a gentle way about him. The name comes with the promise that you too can bask in the everlasting glow of deep inner peace. Few spiritual seekers would refuse such a gift. All you have to do is follow his lead. Easy enough, right?

Enlightenment is a process of reunion with your Source. Adyashanti first glimpsed Knowledge – his true nature – at the tender age of 25. After six years of growth, introspection and letting go, he completely fell into the depth of his true nature and has been enlightened ever since.

How did he do it? He was a Zen practitioner for 14 years but his awakening is beyond any particular spiritual practice or tradition. After all, some practice Zen their whole lives but fail to reach such heights of consciousness. Many of his peers had been in the service for decades. He once remarked that he did not want to end up like them. Adyashanti realized that his enlightenment was not predicated upon sitting in a particular way or by following a certain teacher.

Adyashanti used journaling as a means of liberating himself from his mind.  He would spend hours deliberating over his deepest thoughts and feelings. This requires radical honesty and a certain amount of courage. Our greatest demons are found within. Not all seekers are ready to face them.

Can we all find enlightenment in this fashion? Adyashanti joins a long list of advanced practitioners that say one can realize one’s true nature by simply recognizing the truth of our situation. Is he wrong? No. Is this helpful? No. A certain amount of training and preparation are required to be a strong vehicle for our greater spiritual nature. Regrettably, Adyashanti fails to focus on this. It is a disservice to all his followers.

I had my first what traditionally would be called awakening experience when I was 25 years old. This was very powerful and full of emotion and release and joy and bliss and all that it is supposed to be full of. But, because there was so much emotion involved, it obscured the simplicity of awakeness itself. Like so many others, I continued to chase certain ideas and concepts of what awakeness was supposed to be. That caused years of misery… Read Adyashanti’s enlightenment story.

This site uses Akismet to reduce spam. Learn how your comment data is processed.

WORRIED ABOUT YOUR GURU?