Seen from a simple standpoint, a messenger is one who is given a message to carry, for a purpose, from those who sent him or her.

In this way, many people may carry messages. I just received one to my phone,  in fact.  It was just for me, and now I have 2 o’clock plans.

Who can provide an array of words, strung into sentences, teachings, books and recordings, that in pure form relate to me in my environment today, but also speaks to a man on the other side of the planet 20 or 50 years from now? Oh- AND with all of our opinions, literacy levels, personal histories, circumstances?

What does it take to be a Messenger of this capacity?

What needs to be said to all people is best not left to all of us. It is too critical, too big, to be passed on to all people at once. There would be too much confusion.  Too many people not prepared in the way one is chosen below:

“Messages are rare, as we have said. They are not given frequently. They are never given to the ambitious and they are never given to those who would assign themselves splendid roles. Indeed, those chosen to be the true Messengers are reluctant, even to the point of self-denial. They don’t really want the job. But they will accept it because of who asks it of them. They don’t really want to shine in the world as an Emissary or as a Messenger. This is almost painful to them.” – The Burden of the Messenger

Messengers must live in two realities. The giant task of carrying is hard to maintain if they are wrapped up in the world’s persuasions and participating in humanity’s interpretations of reality.

“A Messenger is one who hears the voice while awake and sees while asleep, and also with his eyes sees the angel when awake.” – Difference between a Messenger and Prophet 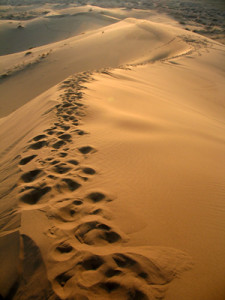 “It is a great burden. To communicate something of this magnitude requires skill, clarity and determination on the Messenger’s part and on the part of the many people who will bear witness at the beginning of this greater ministry” – The Burden of the Messenger

We live in a world where many people claim to be Messengers. With bloated egos and perhaps good but confused intentions to share what they want for the world, or really, for themselves, people will claim to be the one voice for humanity. How do we know? It is a combination of recognizing within yourself what you are really seeing, and knowing that Messengers are rarely proclaiming themselves over the actual message.

“The true Messengers are never adamant about themselves. They never claim special gifts and powers for themselves. Even their own genuine appointment, if they have to talk about it, they will do so rather reluctantly. They are not dynamic and strong. They do not project their personality in this way. They are not indiscreet. They are not loud and brash.” – Discerning False Messengers

And again, looking within you to really know. Are you listening to voices that may be distracting you from seeing the truth, from seeing who is speaking for humanity?

“If we attune to darkness and dark practices, we will not be in touch with that flame of God that gives us the truth.” – What is a Messenger

An vital thing to existing as a Messenger is to have companions. Alone we can do nothing here. You may have read stories of great Messengers from the past, who led inexplicable lives and were surrounded by key people, none of them perfect.

“It is true that the Message must be given to one person to maintain its purity, and this person must be the right person, the one chosen. This person must have assistance and companionship.  And others must be sent to assist,  some staying only for a while and others continuing even to this day. For the Messenger cannot travel alone. The Messenger must have assistance in receiving and bringing such a great teaching into the world, and the companions must be strong and courageous, flexible and unassuming. Their connection with The Messenger must be deep, profound and pre-established, you see.” – The Message and the Messenger

Messengers have typically not been greeted well in the world. They come carrying challenges for people to face.  It is difficult for others to accept them in this world, especially while they are alive. They are humble, typically reluctant, but must carry on and learn to follow those who sent them.

I leave you with this open door to who a Messenger really is, despite what we expect:

2 thoughts on “What Is A Messenger”

This site uses Akismet to reduce spam. Learn how your comment data is processed.

WORRIED ABOUT YOUR GURU?

Sorry, no Tweets were found.